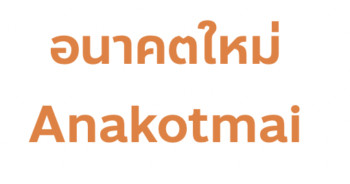 Anakotmai is the latest Futurista’s font for all Futurista. Download and install the coolest font from Future Forward Party now! Feel free to share, use, and generate creative ideas from Anakotmai Font. It is also available for commercial or editorial use. 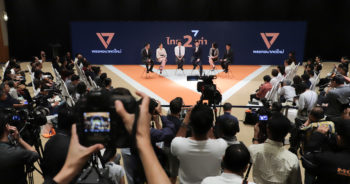 Date: 1 October 2018 Today, Monday 1 October 2018, Future Forward Party (FWP) announces our vision for Thailand at the party’s first press conference at Wiwattanachai Conference Room, Thai Summit Tower. The forwarding future we must build together reflects in “Thailand 2 Es” campaign for elevated and equal Thailand. On Friday, 28 September 2018, The Election Committee (EC) finally approved the party’s registration application after 97 days of application submission since 21 June 2018. The decision marks an official beginning of Future Forward Party as one of the leading political parties in Thailand. Thailand must move forward with a clear direction based on the principles of human rights and freedom for all citizens. The promotion of equal opportunity for every individual to equally fulfill their potential. While, standing out with dignity in the global community and enhancing competitiveness in the fast-changing digital economy. The party put forward six main policies for equality and modernity which are; creative economy, progressive farmers, education reform, advancement of rail technology and industry, decentralization, tax reform to reduce social inequality and universal welfare system to guarantee that Thai people will live with dignity from birth to death. Since the establishment of the party in March 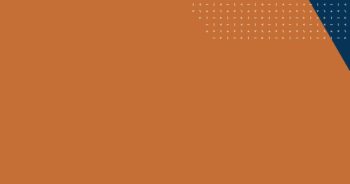 The Futurista’s Guide is available for download now! The handbook outlines everything you need to know about Future Forward Party. Learn more about our new model of politics, core values, vision, mission, and principles. Feel free to share it with your friends and family on social media, online or even as a printed copy.

On June 23, Thanathorn Juangroongruangkit, the co-founder of the Future Forward Party visited Uttaradit province to survey local economic and political issues and to meet its people, with the finding of local farmers’ problems on land and produce price. A little while after the party’s visit, Phisit Wongthong, a supporter of the party – who by then also chairs Deputy Chief Executive of the SAO (Subdistrict Administrative Organizations) of the Nam Phi subdistrict – was accused by his organisation of violating the law when participating in the political gathering. As a result, Phisit decided to resign from his position in order that the organisation might run as usual without him. He nevertheless insisted that his participation in the process of representing the voice of local people is a legitimate exercise of civil rights and freedom that should not be intimidated by the state itself.   We would like to remark here that Phisit’s case is not the first and the only instance of how a supporter of the Future Forward is menaced by state officers. We firmly insist hereby that the procedure of hearing local people’s voice and surveying their issues is a creative practice for democratic political parties, while

On May 27, 2018 a meeting to found the Future Forward Party was held at the Rangsit campus of Thammasat University where over 700 participants have attended to approve the party’s core values, principles, policy, and rules and to elect its first executive committee according to the legal procedures. The procedure in the meeting was a realization of the practice of democratic participation and decentralization policy, which is a core policy of the party. Thus, founding members from across the country have gathered in the event, including representatives from labor and youth networks of the party.    In addition, a public session was held in the afternoon, in which took place a manifestation of party’s core values and party lines and a staging of vision forum for party’s leaders and representatives. The session attracted around 3,000 participants from varied backgrounds and demographic groups, while a number of approximately 160,000 views of online audiences – counting both live broadcast and archived views – on party’s FB page have been reached. For us, this is a sign showing people’s interest to have a participation in our party and we indeed feel greatly honoured. However, apart from an appearance of regular patrol police,

On 27 May 2018, the first chapter of the history of the Future Forward Party was written. Over 700 founding members across the country ranging from network representatives from the central, northern, northeastern, and southern regions, to labour groups, and New Gen Network, attended the constituent meeting of the Future Forward Party to agree upon the party’s regulations, core values, and policy framework, as well as to elect the party’s executive committee. The ultimate goal of the Future Forward Party is to build a new future, one that adheres to democracy, upholds human rights principles, respects human dignity, establishes an equal society, and encourages a progressive and creative economy. As a people’s party, we extended our invitation to the general public, diplomats from 15 countries, and representatives from the EU and UN to witness our first gathering. The Future Forward Party are determined to reform Thai politics on three pillars: Constructive politics – we embrace competitions based on ideologies and policies, offer progressive policies based on economic and political decentralisation, and equalise access to resources and capitals for all. Non-monopolised ownership party – all members partake in the ownership by co-funding and participating in decision making process and policy setting.

Between May 21-22, 2018 the group of pro-democracy activists ‘Start Up People’ held a rally calling for general elections within 2018 and for the NPCO to step down from the power after having taken control of the country for four years since the 2014 coup. The participants gathered in Thammasat University since the evening of May 21 and started to march to the Government House on May 22. However, they had been blocked and forced to retreat by police force until the organizers finally had to call the demonstration to a halt nearby Makhawanrangsan bridge where 15 demonstrators have been arrested by the police and have been filed a number of charges by the NPCO itself, including that of violating the NPCO Order No.3/2558 (3/2015) under which political gathering of five persons or more is strictly prohibited. Until now those under arrest are still detained at Phayathai Police Station and Chanasongkram Police Station since the evening of May 22.   According to this, we – as the founding members of the Future Forward Party – would like to state our opinion that we deem the rally to be a non-violence and peaceful demonstration and as a legitimate mean to express